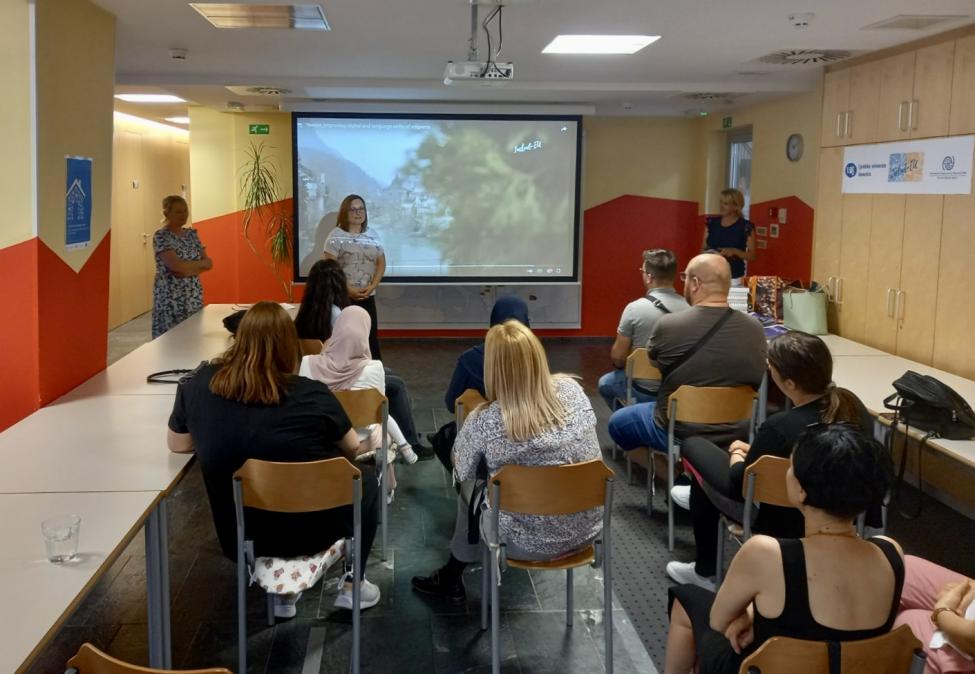 Final event of the pilot program on digital skills

Participants underwent an initial assessment of their digital and Slovene language skills prior to joining the program and their skills were re-assessed upon concluding the program. Coupled with the career guidance provided to the participants, the assessment of their Slovene language and digital skills could serve as a useful tool in the job-seeking process.

The concluding ceremony took place on 2 June 2022 in Jesenice. The participants who successfully concluded the 60-hour program were awarded a certificate. The teaser video about the pilot project was screened at the event.

The pilot program was implemented in the framework of the Includ-EU project, implemented by IOM and funded by the Asylum, Migration and Integration Fund of the European Union (DG HOME).

“Opportunity to co-create strengthens the trust and cohesion”

Subscribe to IOM newsletter to receive the latest news and stories about migration.